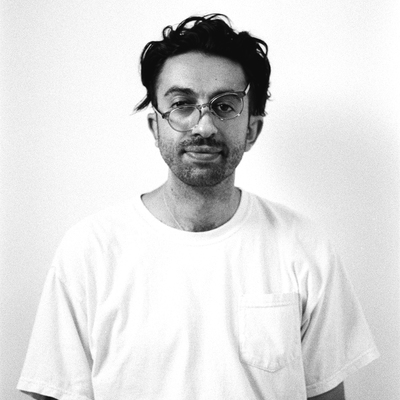 Bijan Berahimi is an Iranian-American designer and founder of FISK, a studio and gallery in Portland, Oregon. FISK began in 2009 as a collaborative school project while Bijan was studying at CalArts, since then it has become an ongoing project based around culture, community and commerce through the lens of art and design. In 2020, he launched JOON Magazine, which captures the arts scene in Portland and showcases the impact of design and print.

Bijan approaches graphic design with a playful and open mindset. His practice champions a wide range of ethnicities, voices, and backgrounds and is in dialogue with local and global communities.

Bijan has done work for: Alicia Keys, Nike, Toro y Moi, Aluna, Clairo, Raveena, Future Fonts, Madhappy, and Cult Classic Magazine. He was the first designer-in-residence at Facebook HQ in 2016. He has been adjunct faculty at the Pacific Northwest College of Art since 2015. Bijan graduated with a BFA in graphic design from CalArts in 2013.